Launched in partnership with the U.S. Agency for International Development Africa Bureau, the RESOLVE Network initiative in Sub-Saharan Africa aims to provide key stakeholders with contextual information on the dynamics of community-based armed groups (CBAGs) and current, prospective, and past approaches to engage, manage, and transform them. The project grapples with a complicated series of questions and decisions negotiated by stakeholders operating in conflict-affected societies across Sub-Saharan Africa.

Community-Based Armed Groups (CBAGs) in Sub-Saharan Africa present a complex phenomenon to communities, governments, development implementers, and security providers, which requires a nuanced approach to understanding CBAG formation, identity, operational attributes, and relationships to local communities and formal government security architecture. CBAGs emerge across Sub-Saharan Africa with varying degrees of popular support, often in contexts where official security actors lack reach, confidence, or resources. The missions and goals of CBAGs vary, ranging from protecting or promoting an ideology or community identity, through defending territory or resources, to providing security for vulnerable populations. Their proliferation and enduring presence necessitate deeper, empirical understanding of these groups and the contexts from which they arose—especially in areas where there is a confluence of weak governance, resource competition, and (in some cases) rising violent extremism—in order to craft more effective and appropriate practice and policy toward them.

Scholars, practitioners, and policymakers alike appreciate the varied and complex roles of women and gender in conflict, including violent extremism and CBAGs. While the mobilization, networks, and operations of CBAGs affect women, they can also play more active roles that support and enable community-driven security and armed groups. This line of inquiry explores women's roles related to informal, community-based justice, conflict resolution, governance, and rule of law mechanisms. The project aims to rise beyond the conventional understanding of women in conflict, disambiguate their roles, agency, and choices in diverse security situations, demystify women’s capacity for violence and peace, and open a policy-relevant conversation on the relationship of gender and security. The research will further the original intent of the project to expand the knowledge base on how and why community-based armed groups form and mobilize and understand other security-related options within the community, particularly the roles women play.

The Challenge of State-Backed Internal Security in Nigeria: Considerations for Amotekun

Nigeria faces immense internal security challenges, including the Boko-Haram crisis in the northeast and violent farmer-herder conflicts in the southwest and north-central states. Across ...
Resolve Publication
|

This fact sheet provides a snapshot of conclusions from the mapping effort of the RESOLVE Networkâs Community-Based Armed Groups Research Initiative.
Resolve Publication
|

This fact sheet provides a snapshot of conclusions from the mapping effort of the RESOLVE Networkâs Community-Based Armed Groups Research Initiative that investigates the dynamics of co...
Resolve Publication
|

This fact sheet provides a snapshot of conclusions from the mapping effort of the RESOLVE Networkâs Community-Based Armed Groups Research Initiative that investigates the dynamics of co...
Resolve Publication
|

This fact sheet provides a snapshot of conclusions from the mapping effort of the RESOLVE Networkâs Community-Based Armed Groups Research Initiative that investigates the dynamics of co...
Resolve Publication
Jessica Moody
|

Addressing the Dozo in Côte d’Ivoire

While community-based armed groups (CBAGs) have been found to engage in political violence on behalf of their sponsors and to commit crimes for self-motivated reasons, in many contexts, i...
Resolve Publication
Moritz Schuberth
|

Measuring the Success of Approaches to Community-Based Armed Groups

Community-Based Armed Groups (CBAGs) are armed groups that are embedded within communities and whose delineation can be defined by territory, blood ties, or shared identities; this defini...
Resolve Publication
Nicolas Florquin
|

Small arms and light weapons are among the main instruments of conflict and violence, including violent extremism, in Africa. The member states of the African Union (AU) have acknowledged...
Resolve Publication
Lauren Van Metre
|

From Self-Defense to Vigilantism: A Typology Framework of Community-Based Armed Groups

Given the influential and growing presence and diversity of community-based armed groups (CBAGs) in conflict-affected states, it is critical to develop analytical frameworks and typologie...
Resolve Publication
Daniel E. Agbiboa
|

This RESOLVE report, one of three, seeks to understand the origins, dynamics, and drivers of community-based armed groups (CBAGs) in Africa. As an explorative study, this report involves ...
Resolve Publication
Moritz Schuberth
|

A surge in the prevalence of community-based armed groups (CBAGs) in sub-Saharan Africa has led to concerns that they pose a growing challenge to governments and citizens across the regio... 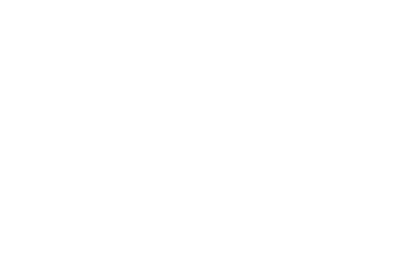