Agitators and Pacifiers: Women in Community-based Armed Groups in Kenya 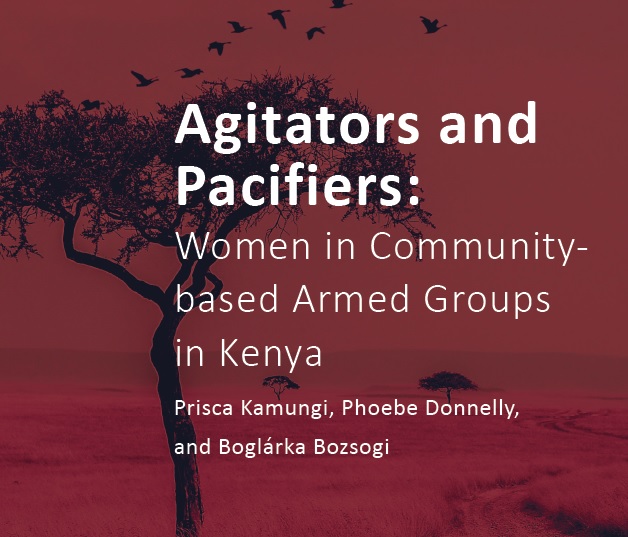 This research report is a case study of women’s participation in community-based armed groups (CBAGs) in Kenya. It examines:

This case study contributes to the literature on women and CBAGs by examining the variations in their engagement across a single country, based on diverse local contexts. Data collection sites for the study included 1) the capital city, Nairobi; 2) Isiolo County; 3) Marsabit County; 4) Mombasa County; and 5) Bungoma County. Together, these sites provide insight into local conflict dynamics in rural and urban areas; on country borders and on the coast; and in communities with ethnic polarization, land conflicts, criminal gangs, and histories of violent extremism and secessionist movements. The Kenyan research team employed a qualitative approach to data collection through key informant interviews (KIIs), focus group discussions (FGDs), and the use of secondary source data.

The findings show that there is no single template for understanding women’s engagement with CBAGs; instead, women’s motivations and roles within these groups are varied and highly contextual, just as with the motivations and roles of men. This study demonstrates the utility of context-specific analyses at the sub-national level to capture the range of women’s participation in and engagement with CBAGs and their greater contributions to the local security landscape.