Still Kicking: the Survivability of the Islamic State in Libya 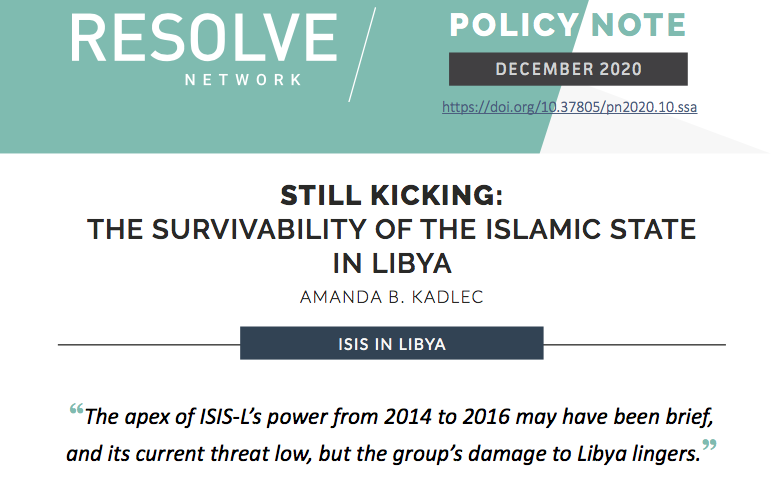 After emerging in eastern Libya in 2014, ISIS moved fast to establish a quasi-state in the coastal city of Sirte, amassing just a few thousand fighters at its peak strength. The apex of ISIS-L’s power from 2014 to 2016 may have been brief, and its current threat low, but the group’s damage to Libya lingers, and the potential for its continued periodic revival should not be understated. Sustained domestic and international counterterrorism efforts have severely depleted ISIS in Libya’s (ISIS-L) numbers, operational capacity, and opportunity for safe haven. Yet, unless and until Libya’s internal strife is resolved—and clearer distinctions are drawn regarding the level of cooperation between ISIS-L and Libya’s other armed groups currently fighting under either of the national banners—domestic and international policies to stifle the organization may fall flat in the years to come. For those seeking to counter and address ISIS-L’s continued presence in Libya, understanding the factors that simultaneously facilitate and hamper the group’s operations and growth is paramount to crafting appropriate interventions.