Lab-in-Field Experiments for the Reintegration of Violent Extremists: The Promise of Prosocial Evaluation 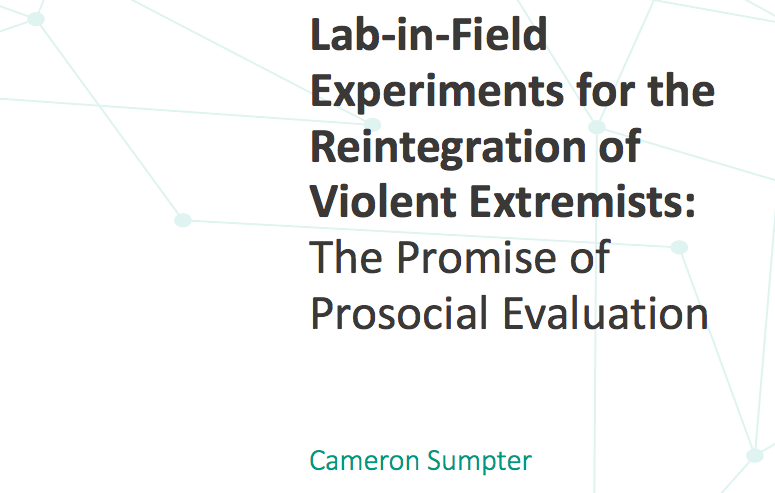 When an inmate leaves prison following a sentence for terrorism offenses, their reintegration will depend on whether they can function as a relatively social member of their community. Obstacles such as stigmatization exist for all former convicts, but among steadfast extremists these barriers will be mutual, if they continue to perceive the ingroup-outgroup dichotomy that fed their extremism in the first place. A simple but effective means for determining the likelihood that returning prisoners will act prosocially towards the ‘other’ could be the use of so-called lab-in-field games, which provide small incentives to learn how individuals behave in a given situation, rather than just eliciting their sentiment. This chapter outlines the potential for such an approach. It draws on field research conducted in Indonesia in 2018, which involved interviews with 28 former convicted terrorists, regarding their practical experiences with reintegration and interactions in the community.