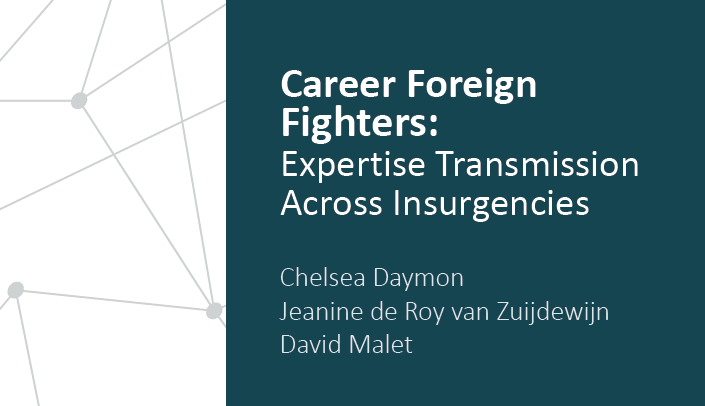 The literature on foreign fighters devotes considerable attention to the questions of why individuals join armed groups outside of their nation-states and their propensity for engaging in political violence after they return to their home countries. But what happens to those who do not return but go on to join new groups or even new wars?

This paper examines career foreign fighters who have traversed from one insurgency to another. We present an original dataset of over 50 individuals who served as foreign fighters in multiple insurgencies. More than half of those who could be identified as having served with more than one armed group achieved leadership positions, which is historically atypical for foreign fighters. Some become top leadership while a significant percentage also facilitate terror attacks.

The Syrian conflict has produced a policy debate about whether it is more dangerous to allow foreign fighters to return or to leave them unaccounted. This study provides the first evidence that foreign fighters who survive their first tours accumulate resources, develop skills, and transfer their abilities to new violent actors. Our findings indicate that career foreign fighters pose a greater and broader security threat than returning, one-off foreign fighters.