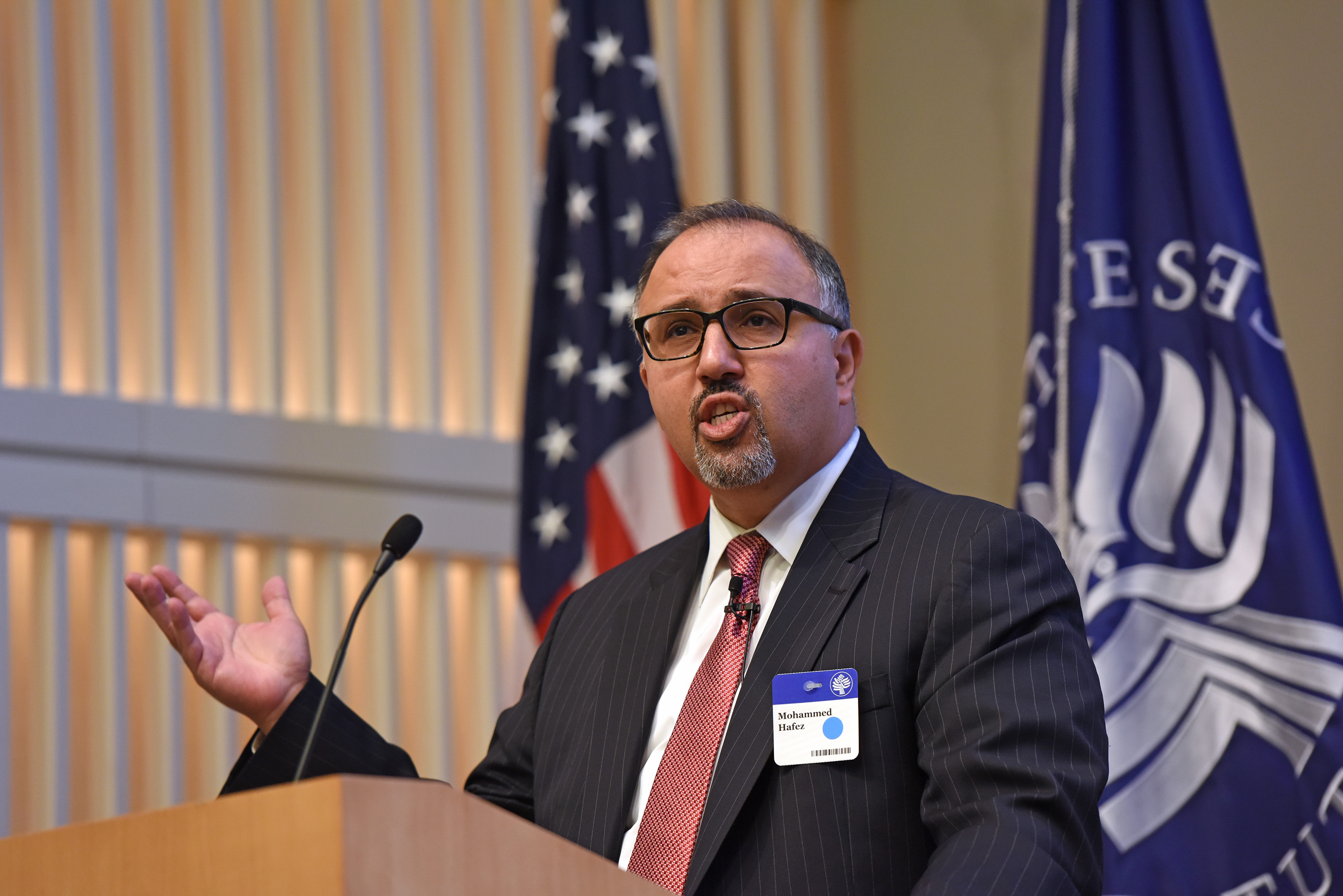 The inaugural 2016 RESOLVE Network Global Forum brought together over 200 researchers, policymakers, and practitioners for a full day conference showcasing the thought-leadership of RESOLVE’s Network Partners, honing in on issues of governance, legitimacy, religious discourse, and identity. Panel topics emerged from the newly published Network working paper “Building Consensus and Setting Priorities for Research on Violent Extremism,” which identified ten priority countries and avenues of investigation into violent extremism.

The agenda included a diverse lineup of experts from across disciplines, including morning keynote speaker Dr. Mohammed Hafez, Associate Professor at the Naval Postgraduate School. Hafez delivered a tour de force morning keynote entitled “Of Barrel Bombs and Beheadings: The Roots of Intergenerational Extremism.” Best known for his seminal book on the evolution of political Islam, “Why Muslims Rebel,” Dr. Hafez began his remarks by posing a similar puzzle: “Why has radical Islamism as an ideological social movement endured over the decades when [conventional] theory predicts that it should be contained and in decline by now?”

Join us on September 27th, 2017 at the US Institute of Peace for the 2017 RESOLVE Network Global Forum.